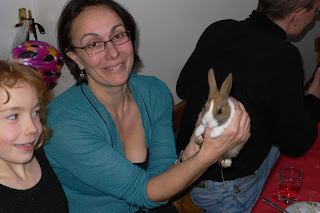 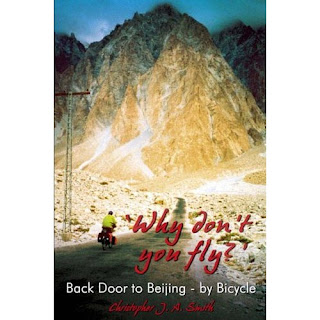 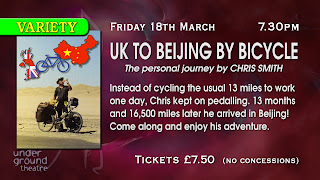 Naturally we'd like to reach bigger audiences, but we have been left in no doubt that those who do come out for the evening return home satisfied with their evening's entertainment, and sometimes inspired by it. Last month we went to Malvern Theatres to listen to Ed Stafford talk about his two-and-a-half-year trek from the source of the Amazon to the sea. During the interval a heard someone in the row behind say, 'Excuse me, but are you Chris?' Directly behind us was a young couple who'd come to see me speak in April at Malvern's much smaller Coach House Theatre. They informed me that not only had the presentation been 'fantastic' but that it had inspired them to plan a bike-ride to Istanbul. I left the theatre having thoroughly enjoyed Ed Stafford's account of his remarkable adventure, but without any sense that my own presentation was inferior and wishing that I too had the opportunity to inspire audiences of 600 instead of 60.
Posted by Chris at 08:02 No comments: