Linda has been worrying about her children. Hannah (31) is battling serious health problems and William (24) has just split up with his French girlfriend after six years. Although I'm not a parent myself, as an author I am able to understand that parents never really stop worrying about their offspring.

My books are my children. The way I see life and choose to express my ideas is as distinctive as my DNA so it might be argued that each of my books contains my genes. My first-born, 'Why Don't You Fly?', will be six years old in June, and I have a second, Karl Marx and Careful Driving, on the way. 'Why Don't You Fly?' is making its way out there in the unforgiving world, competing with its peers for attention on the shelves of bookshops and on the Internet. I am concerned every time the Amazon ranking drops, but the book has never failed to rally and although sales have never been spectacular there hasn't yet been any consistent downward trend. Like any doting parent I am offering as much support as I can - by attempting to attract more traffic to my website and blog, and by publicising my talks and slide shows about the ride to China.

I did four such presentations in March - to Hindlip Ladies and Age Concern Over Sixties (both in Worcester), to an Agricultural Discussion Group (at a pub in Grimley), and to a group of around 25 people at the Village Hall in Heightington. After each presentation I answered questions, sold signed copies of 'Why Don't You Fly?' and sometimes found myself unable to pack up my gear because so many delightful people wanted come up to chat and shake my hand. One member of the audience at Heightington who had read 'Why Don't You Fly?' twice announced that he felt privileged to have met its author.

I am alway thrilled when my presentations are well received but opportunities to speak to a Women's Institute or a Cycling club only occur once. If I am to achieve my ambition of abandoning the day job in the near future I will have to build up a client base conisisting of venues that I can visit year after year, inspiring a different group of people on each occasion. This means approaching more schools, colleges and universities. In the longer term, of course, I hope to achieve my ambition by writing one or more bestsellers.

I also went for a 25-mile walk and attended a performance of Beethoven's Violin Concerto (soloist Joshua Bell) and the Eroica Symphony at Symphony Hall last month, but all of these events were overshadowed by the death of my father after a long illness on the 22nd at the age of 80.

On Friday 26 March the following obituary appeared in The Times:

ASTON SMITH Anthony, passed peacefully away on 22nd March 2010, at Michael Sobell House, Oxford. Much loved father of Chris, Piers, Ben and Poppy and loving grandfather. Dear husband of Julia. Good friend to his five stepchildren and their families. A great enabler who asked us to smile in his memory. 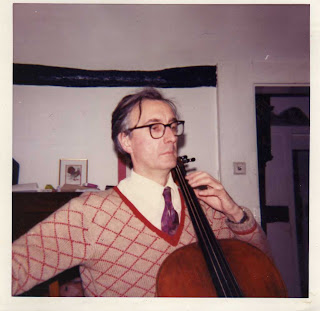 'Anthony was a great friend, a loving husband, a kind stepfather and a gentle grandfather. Along with Piers, Ben and Poppy, I am immensely privileged to have been able to call him Dad. 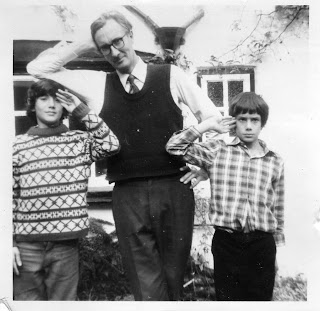 Even after the tragic death of our mother he never failed to find time for us. After coming home from work he’d cook our supper. 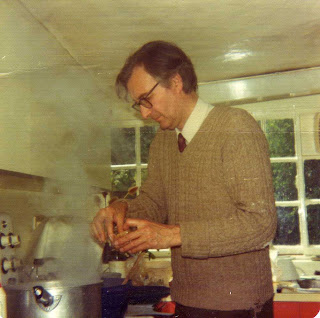 I retain fond memories of his delicious curries, never ending supply of rissoles, blackberry ice cream, vast 4-tier alcohol-laden chocolate cakes, and those exploding bottles of home-made ginger-beer. He was always available to help us with homework, and later on we would curl up on his bed and he would read us stories. I remember the different voices he used for Piglet, Roo and Eeyore; and for Gandalf, Gollum and Wormtongue. 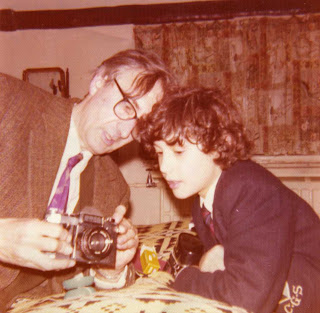 He rearranged pieces of Mozart for our family quintet, wrote us ghost stories and built us fabulous scale models of battleships out of cardboard. For Poppy he built a scale model of the house we lived in to serve as a doll’s house. 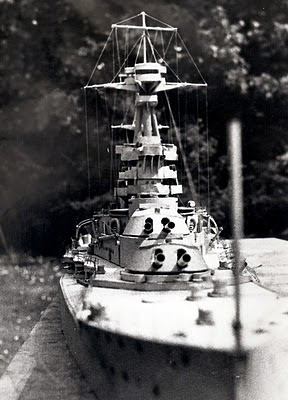 He chased us around the garden with the watering can and introduced us to the enduring beauty of the Shropshire Hills. 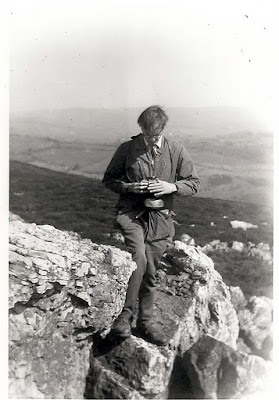 Although he surely questioned the wisdom of some of our decisions he was always supportive of whatever we decided to do. When I told him that I wanted to drive Volvos, Scanias and DAFs all over Europe, he might have told me that university graduates don't become truck drivers. 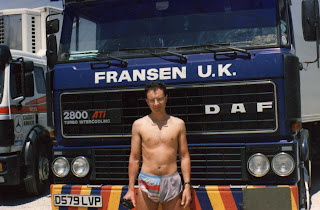 Instead, he pointed out that I had spent four years studying at university in order to widen my choice of career, not restrict it, and that the very last thing my degree should do was prevent me from following the path of my choice. Those were the words of a great father. They were also the words of a wonderful human being. 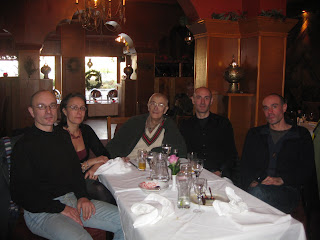 It is with a sense of great loss that I refer to him in the past tense. During a short speech at a lunch held in honour of his 80th birthday, he thanked everyone present for having given him so much more than he could ever hope to give back. I speak on behalf of us, his four children, and we want to shout it from the roof tops that he gave us more than he could ever have known, that we loved him more than words can say, and that we are deeply proud to be his children.

We will miss him terribly.'

My father will be immortalised in the memories of his children and grand children and the many others whose lives he has touched and influenced.

I will smile in his memory.